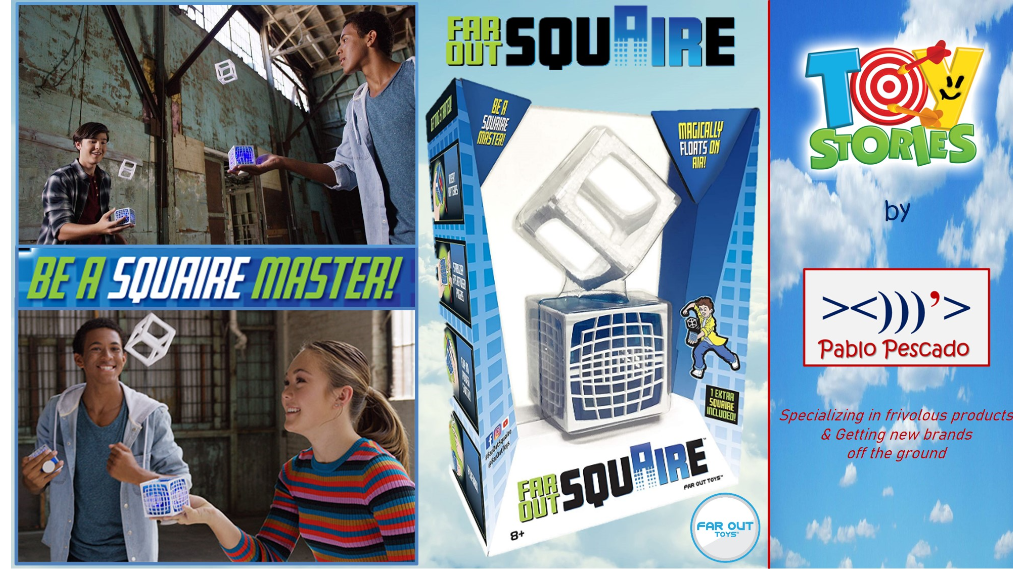 A great thing about being in a small company is you can make decisions on the spot, especially when it comes to great product. This is another toy that sits on my desk, gets played with regularly, and is just plain COOL, coming from the brilliant minds at JMP Creative! Shout-outs to Jim Mc Cafferty, Josh Carlson, Marc Morgan & Timothy Douglas. Toy Stories Chapter 26: SQUAIRE !

Jim McCafferty of JMP Creative visited us in our Hong Kong Showroom with his amazing bag of tricks. Before getting started, he went over the list Josh Carlson had prepared for him to show us, and expressed surprise that one concept in particular was on the list. After all, we weren’t exactly an A-player in the industry. Still, he pulled out a fan and started floating a cube in mid-air. We were dazzled. It was a challenge to keep it afloat, as the edges and corners played tricks with the wind from the fan, so while Jim went on about Bernoulli’s Principle and the “shape that isn’t supposed to float, but it does,” we were thoroughly entertained. So we struck a deal then and there.

The JMP Team came up with some great ideas for visual design, all centered around celebrating the cube shape, we agreed on having the fan be cube-shaped, and then JMP started working on a model. Meanwhile, our own Marc Morgan began 3D-printing models, because prior to Far Out, Marc worked as an industrial fan engineer.

Serendipity! As great as JMP’s work was, Marc’s model was smaller and functioned better. We looked at a lot of different structures and materials for the cube, but found that simpler was better. As for names, we tried everything under the sun involving the word “cube,” and everything good was already taken. So we went with Squaire, playing off the “Air” in the middle of the word, and Tim Douglas started working on logos and a cool high-tech package befitting this new spin on a game of skill & mastery, despite the product actually being fairly low-tech. It was a fan and a foam cube, after all!

I especially enjoyed presenting Squaire to other inventors, who universally appreciated its play-value and simplicity. Gary Pyper went as far as to give it what I consider the highest praise imaginable: “I wish I’d invented that!” 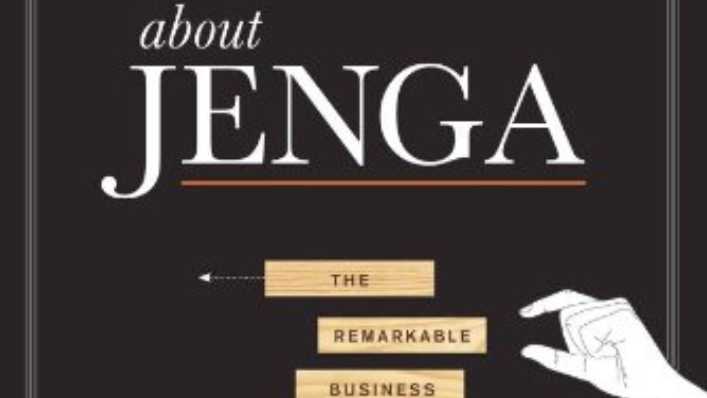