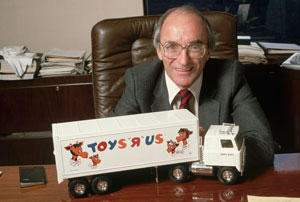 October 4, 1923 – March 22, 2018 Founder of Toys “R” Us, has passed away at the age of 94. The seeds for Lazarus’ vision to create a super market-like store just for toys were planted back ...in 1948 with his children’s furniture store, Children’s Bargain Town. Intended to cater to the post-war baby boom, over time his focus shifted solely to toys. He restructured the business in the late 1950s and, with the supermarket format, opened the first Toys “R” Us location in 1957. By 1978, under the Toys “R” Us name (backwards R and all), his business became a public company and his vision, a reality. In the 1980s, TRU was in its prime under Lazarus’ watch, with the “Toys R Us Kid” jingle etched into every child’s brain. By 1983, TRU diversified its portfolio with the addition of Kids “R” Us clothing stores opening their doors in New Jersey and New York. By the following year, the company had both a nationwide and worldwide presence with wholly-owned locations in Canada and licensed operations in Singapore. Lazarus stepped down in 1994 but remained a figure on the board as Chairman Emeritus. That year, he handed the reigns off to Michael Goldstein, who ran the company until 1998. But the toy mogul was known as much within the industry for his work as he was for his giving. In 1985, Lazarus brought industry members together for a benefit gala in New York to raise money to improve the health and well-being of children. By 1992, this came to be known as the Toys “R” Us Children’s Fund, which now receives millions in donations that go to nonprofits for child health and safety. He was inducted into the Toy Association Hall of Fame in 1990 and received the National Retail Federation’s Gold Medal Award in 1995, recognizing his leadership and his role in revolutionizing the toy and juvenile product industries Of the news of his passing, Goldstein described Lazarus as not only his mentor but as a second father to him. Goldstein says of the conversations he shared with Lazarus that the only regrets they both had are of the employees who will lose their jobs, the suppliers who will lose their best customer, and the children who will never experience Toys “R” Us. Read original article here https://www.anbmedia.com/news/2018/03/charles-p-lazarus-founder-of-toys-r-us-has-died/Show more

Beau James, a 40-year veteran of the toy industry, received the 2019 ASTRA Lifetime Achievement Award shortly before his passing, the American Specialty Toy Retailing Association (ASTRA) announced. ... “Beau was known far and wide as one of the most experienced and knowledgeable professionals in the specialty toy business,” said Kimberly Mosley, president of ASTRA. “He knew this market inside out. He was an enthusiastic supporter of ASTRA’s role in helping specialty retailers prosper from the very earliest days when back when ASTRA was launched, and he continued his support in so many ways over many years. On behalf of the ASTRA Board of Directors, we are grateful that we had the opportunity to present this award to Beau with our heartfelt congratulations and let him know how much he has meant to so many. Thank you, Beau, for all you did for our industry.” For many, Beau was the “doll guy” – a reputation that started in his early days with International Playthings, then the distributor of Sasha dolls by Trendon Ltd., and continued in his tenures with Madame Alexander, Gotz, and Corolle. More recently, he was managing director of KidSource, the U.S.-based distribution company bringing European products into the U.S. He served on the ASTRA Board of Directors and as a consultant—both formally and informally—to many in the industry. Ream more here https://www.anbmedia.com/news/toys/2019/04/kidsources-beau-james-is-dead-honored-with-astra-lifetime-achievement-award/Show more 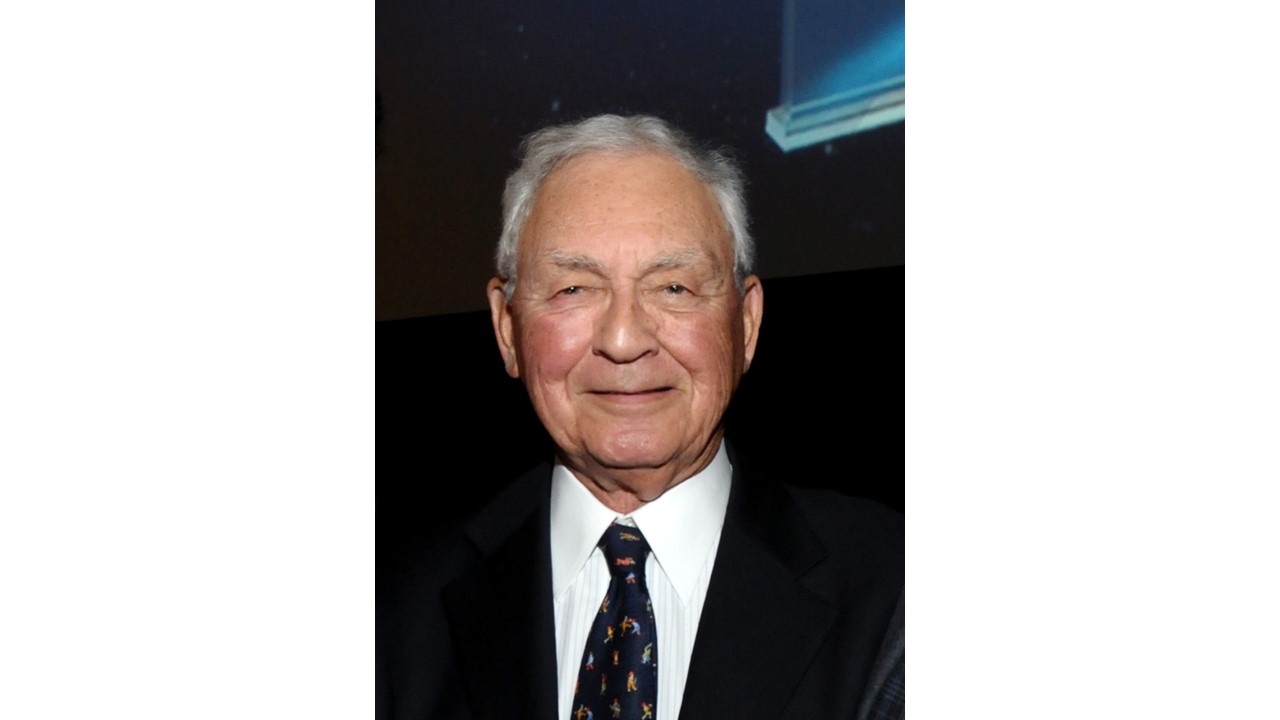 November 23, 1929 to September 20, 2013 After serving as a Lieutenant in U.S. Naval Intelligence, in 1956 he started his career in the toy industry with Simon & Schuster. From 1977 through 1994, Le...n held executiveroles at Topper Toys, Matchbox and Corgi and served as president of the Toy, Hobby, Educational Group for Damon Corp overseeing many toy companies, include Estes Rockets, Arrow Industries, Hi Flyer Kites and more. Then Len became the lead director and chief strategic officer of Active Media Services, an international trading company with 14 offices worldwide. He also served three terms on the Board of Directors of the Toy Manufacturer’s Association of America now known as the Toy Association. The apple does not fall far from the tree as Len's two sons, Robert Fuhrer and David Fuhrer are also well known toy industry leaders.Show more 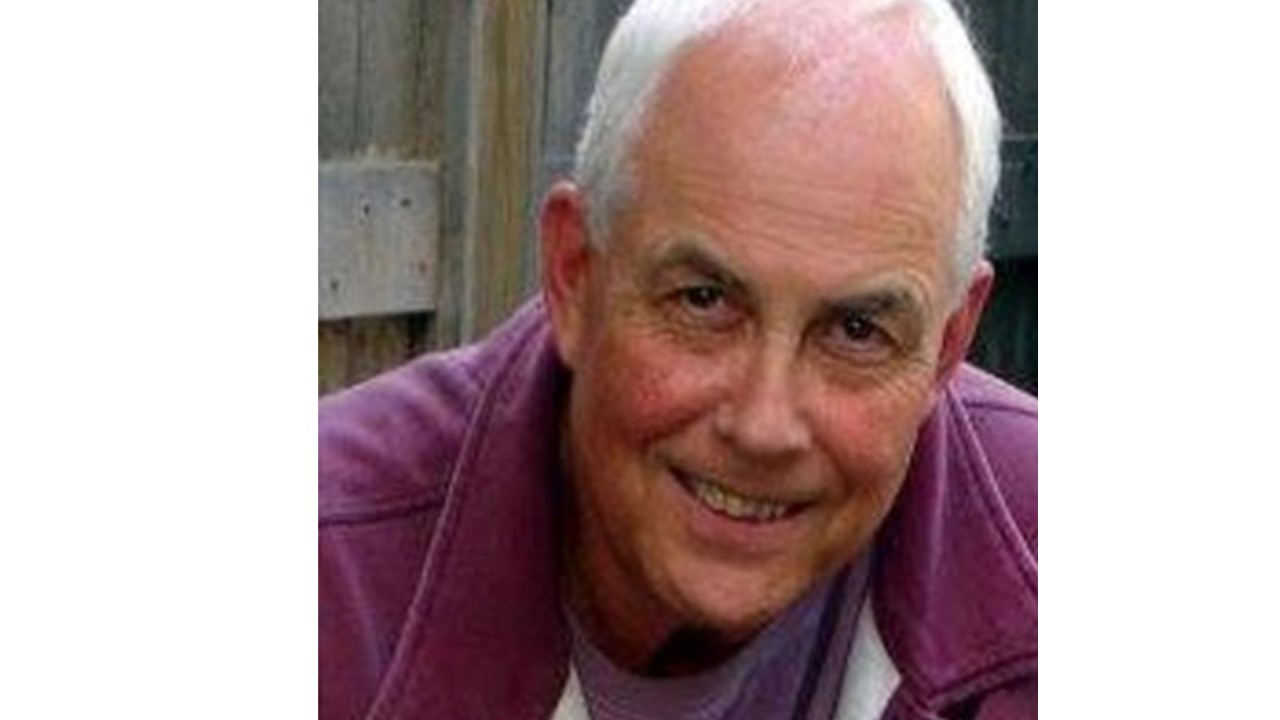 International Playthings (now Epoch Everlasting Play) founder Ted Kiesewetter, passed away on May 24, 2019. In a statement issued by ASTRA, the organization notes that Kiesewetter came into the toy in...dustry in the late 1960s when, in his own words, “there was very little interest in quality developmental toys.” He was instrumental in driving the development of quality specialty play products with high play value as an alternative to mass market toys, and the channels needed to get them in the hands of children whose families increasingly recognized the importance of play in healthy child development. Kiesewetter received ASTRA’s Lifetime Achievement Award in 2014, a fitting honor for an early supporter of specialty retail, and co-founder of Playing for Keeps, which promoted healthy children’s play. Kiesewetter retired in 2006, following the sale of International Playthings to Grand Toys International. The company was later sold to the Epoch Co., which rebranded it as Epoch Everlasting Play in 2017.Show more 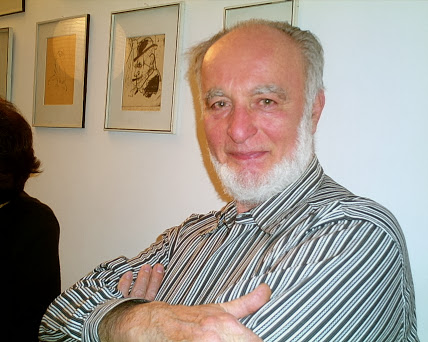 Theo Coster (born c. 1929) is an Israeli game designer and co-founder along with Ora Coster of Orda Industries Ltd., a family business which specializes in toys, games, crafts, and novelties. Theo ...was born in 1928 in Amsterdam, near the North Sea. His family operated a printing business in Amsterdam. A primary school classmate of Anne Frank, Theo walked to school with her often for several years before the Nazi’s came to Holland. When the Frank family went into hiding in Amsterdam, the Coster Family was hidden by a Christian family on a rural farm in The Netherlands. To avoid detection by the Gestapo, he was forced to change his given name, Maurice Simon, to Theo, a name he kept to this day. Theo survived, his friend, Anne, did not. Later, five of his surviving classmates helped him to produce a film "Classmates of Anne Frank" and book he wrote called, “we all wore stars” published in the United States and Great Britain by Palgrave-Macmillan. The book was also published by ten publishers in Australia, Brazil, Czech Rep. France, Germany, Holland, Italy, Japan, Portugal and Slovakia. It chronicles that time through his own experiences, those of his friends, and their memories of Anne. Theora Design is executive producer of the documentary film. After running his family’s printing house in Amsterdam for three years, he took a motored bicycle journey over 3,000 miles to Turkey, from where he sailed to Israel and met Ora in 1955. They were married two years later. Despite childhoods branded by the scars of war, Ora and Theo Coster have succeeded in leaving an indelible mark of joy on generations of children the world over through imaginative play. Since 1965, their company, Theora Design, founded in Tel Aviv, has created and licensed over 160 toy, game, craft and novelty concepts worldwide. In 1981 and 1993 respectively, Ora and Theo’s sons, Boaz and Gideon, joined the team, specializing in marketing and advanced technologies. Boaz’s wife Aliza Coster, (CPA) provides Theora with financial services. Sadly we lost Theo in 2019.Show more 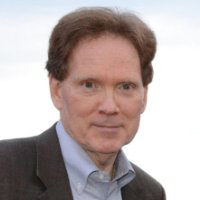 Loren Taylor, former president of toy consulting firm Taylored Concepts, passed away on March 27, 2018. Loren had more than 30 years of experience in consumer product marketing and manufacturing, and ...was a designer on many toy lines, including Hot Wheels and Nerf, and held management positions at consumer companies including Unilever, Mattel, Applause and Hasbro.Show more 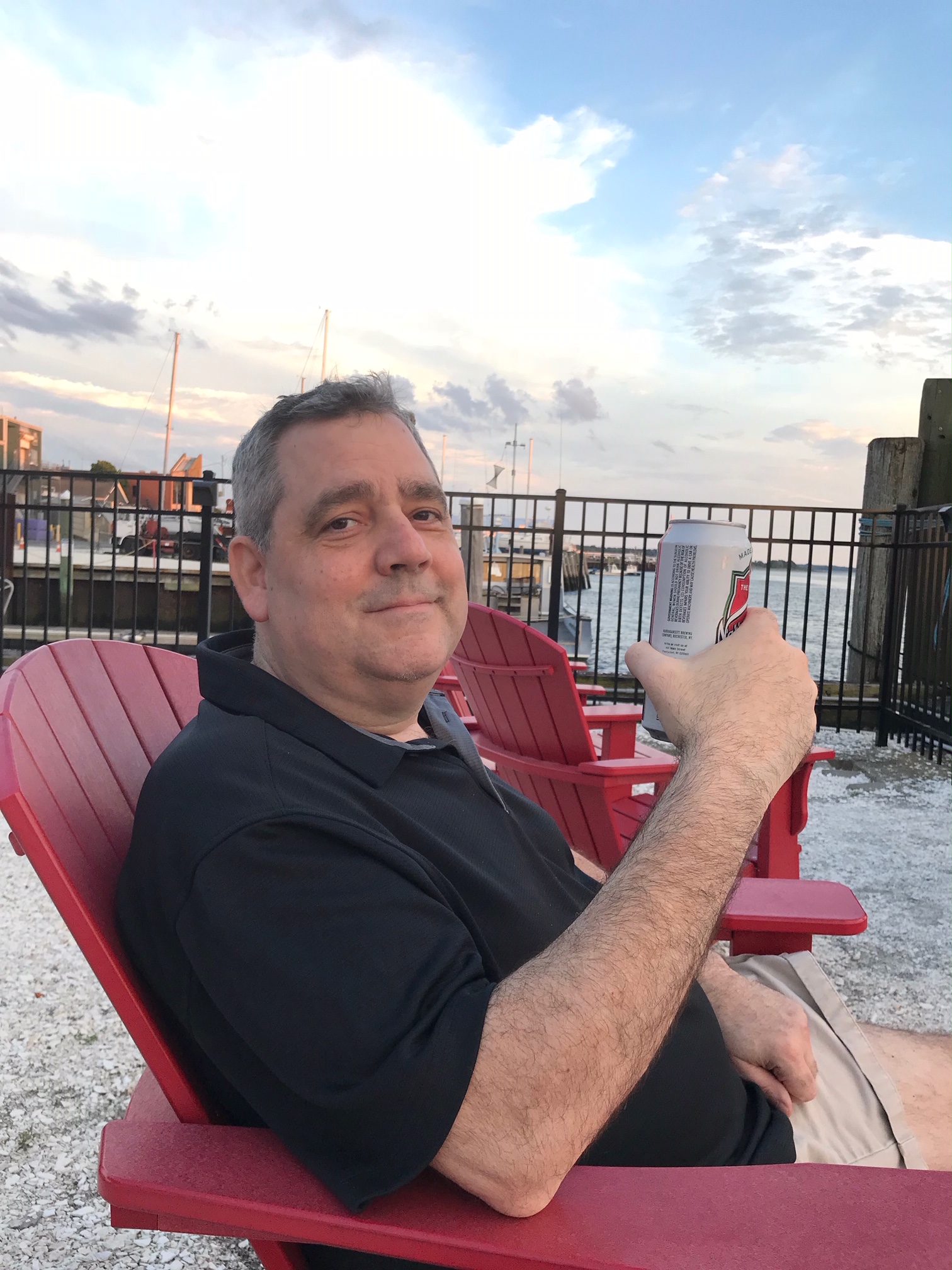 Joe Bradford's Tribute to Alan Roach I met Alan Roach on day one of my first internship at Hasbro back in 2010. At the time, Roach was 18 years into his toy and game design career at Hasbro, then s...erving as design director overseeing the GI Joe and Battleship brands. When I arrived at his office, he stood behind a messy desk scattered with an assortment of collectables, oddities, and action figures, next to a wall covered floor-to-ceiling with sketches, post-it notes, and torn pages from magazines, all held up with painters’ tape (he wasn’t allowed to poke holes in the wall, but sometimes after a tough meeting, he would passive-aggressively pin something up using a thumb tack to ‘stick it to the man’, as I would come to find out). At the back of the room, an enormous green ‘Philadelphia Eagles’ banner, and a shelving unit filled with boxes of toy parts - ready for a spontaneous brainstorm or kitbash. Alan was a big guy, a former high school athlete, but the type who also used to draw cartoons for the school newspaper. The friendly, jovial jock. He introduced himself as ‘Alan, but you can call me Roach’, with a big smile and a firm handshake. I introduced myself as ‘Joe, the G.I. Joe design intern’, which he dismissed instantly, insisting that there would be confusion between the brand “G.I. Joe”, and my name Joe, and so the team would call me ‘Parker’, a reference to Peter Parker from ‘Spiderman’ comics. I asked if that made him J. Jonah Jameson, Parker’s boss who would often be seen in the comic panels blaming Parker for just about everything, and he guessed that he could play that role just fine. He told me that the best thing to do in my first few days on the job was to get to know everybody, because an intern that no one knows is an intern than no one remembers. He then proceeded to spend the rest of the day introducing me to all of his friends around the office. He had a lot of friends, and he introduced me as Parker to each one. Over the course of those four months, Roach treated me like a core member of his team. He’d gone out of his way to include me in meetings, brainstorms, line reviews, and concept pitches. If at any point he needed to bounce an idea off of someone, I’d often hear him yelling from his office, “Parker! Get in here!”, just like his role of J. Jonah Jameson dictated. He was always chasing that next ‘thing’ that so many are after in the toy and game industry. Alan had a special creative foresight to identify a great concept in its primordial stages, and the ability to rally everyone around with vision, excitement, and passion. His natural ability to lead extended beyond proficiency with product development, he was also a masterful manager of people, and applied his skills to find the best in the people that he worked with. At an early brainstorm when I admitted that I was hardly familiar with the characters from the G.I. Joe universe, he saw it as an opportunity to kick off a side project he’d had in mind and tasked me with putting together a pitch for his concept. By the end of the semester, he invited me to pitch the concept alongside him. Read More here: chitag.com/single-post/2020/03/19/joe-bradfords-tribute-to-alan-roachShow more